one child, one smile, one day at a time! 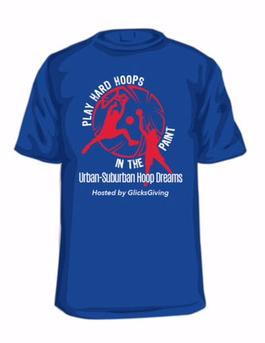 We are proud to have partnered with Play Hard Hoops run by David Adelman (www.playhardhoops.com) and Chicago’s In The Paint (aka "ITP") Basketball program (www.itphoops.com) run by former NBA player Mike Robinson.

This amazing day was tailored to third and sixth graders from both Play Hard and ITP.  Almost 40 kids and their families met at Woodlawn Middle School in Long Grove.  Each age group played two great and competitive games. The first game featured the Play Hard teams vs. ITP teams while the second game mixed the players together.  In between games, David and Mike talked to the kids and parents about their trials, tribulations, challenges, successes and life lessons learned from basketball both from their involvement on and off the court.

After the games, the group migrated over to Heller Nature Center in Highland Park, a 97-acre woodland preserve.  The group enjoyed a picnic-style lunch, indoor nature exhibits including a beehive and, despite some rainy weather, the kids (and some adventurous parents) explored the nature trails.  The day was capped off with S'mores.

The event was a huge success and GlicksGiving, Play Hard and ITP all share the vision for making this a recurring event.